The conference Serbian Studies Today was launched to become the distinguishing mark of the Serbian Department of the Faculty of Philology, University of Banja Luka, by presenting its academic achievements and the achievements and results of other departments and universities working in the fields of Serbian language, literature and culture. It has been organised annually to allow scholars to present research contributing to Serbian philology and cultural studies, as well as the affiliated disciplines, which the Department has developed in the preceding decades. The conference is also envisaged as a gathering place and a place of collaboration for Serbian scholars from both regional universities and the wider international academic arena.

Titled Serbian Studies Today: The Problems and Prospects of Contemporary Interpretation of Serbian Language, Literature and Culture, the first conference was held at the Faculty of Philology, University of Banja Luka, from 23 to 26 March 2016. It brought together leading Serbian linguists and literary and cultural scholars from the country, region and beyond.

The fourth conference, held on 30 March 2019, featured the theme entitled Politics in Serbian Language, Literature and Culture, with plenary speeches given by Prof. Radmilo Marojević of the University of Belgrade (Serbia) and Prof. Bogumila Kaniewska of the Adam Mickiewicz University in Poznan (Poland).

The fifth book of proceedings featured the theme of Family and Family Relationships in the Serbian Language, Literature, and Culture, thus continuing the tradition of the Srbistika danas (Serbian Studies Today) project, now under the title of Philologia Serbica.

The conferences brought together academics from several tertiary education institutions from the Republic of Srpska, Serbia, and Europe, who presented excellent papers on a variety of subjects. In light of the conference themes, the presented papers were absolutely a substantial contribution to Serbian language and literature, becoming points of departure for future research within the boundaries of the themes thus defined. From one sequel to the next, the conference Serbian Studies Today brought to Banja Luka not only distinguished Serbian scholars, but also aspiring philologists, master and doctoral students, who have merited the trust accorded them with their research results to date, proving there is a bright academic future ahead of them. This is a combination of factors that certainly contributed to the conference being categorised as an academic conference of national importance for the Republic of Srpska. Each of the three events was rounded off with the publication of a book of conference proceedings of the same name.

The concept and selection of themes of the Serbian Studies Today conference, organised and hosted by the Serbian Department of the Faculty of Philology in Banja Luka, and the publication of the conference proceedings, have made it a major academic event, equally recognised by universities outside the Republic of Srpska, which has certainly boosted the reputations of both the Faculty of Philology and Banja Luka University. We look forward to many more years of joint efforts and promotion of the local academic community and its Serbian studies, and its affiliation and networking with institutions with Serbian philology programmes worldwide. 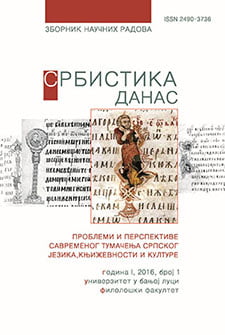 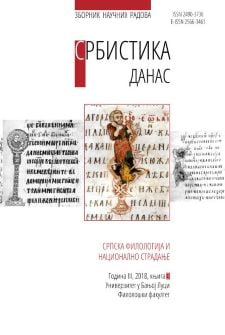 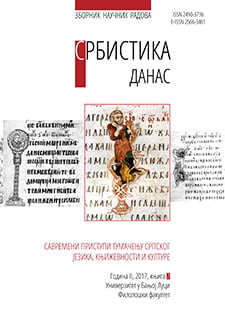 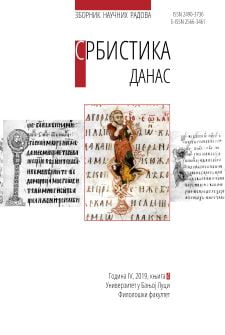